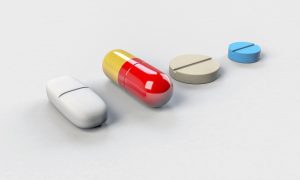 ith increased efforts in the fight against legal highs, and the well known dangers associated with illegal drugs, more and more people are turning to prescription drugs believing that they are less dangerous. When misused, prescription drugs are a major risk to public health, and addiction is becoming increasingly common. In the US, over 15 million people abuse prescription drugs; this is more than those who reported abusing illegal drugs. But with the risks associated, what can medical professional do to help reduce the amount of patients misusing prescription medication?

Doctors are in a position where they are able to identify potential misuse of prescription drugs in patients and help to prevent the problem escalating by referring them to the appropriate treatment and recovery. Screening should be included in routine medical appointments, and doctors should be aware of warning signs such as an increase in the amount of medication needed by the patient or frequent prescription requests. Prescription drug monitoring programs (PDMP’s) should also be used to monitor prescriptions made to patients to help identify cases of drug misuse.  It’s important for medical professionals to balance the legitimate needs of the patients against the risks associated with the medication.

Pharmacists play a key role in preventing the misuse of prescription drugs and reducing the risk of harm to patients. By helping patients understand the instructions and risks associated with medication, they can help to ensure drugs are taken correctly and in line with the instructions for use. Pharmacists can also monitor behavior such as alterations to prescriptions and other alarming patterns in patients. PDMP’s can also be used in pharmacies, in order to work alongside other medical professionals to track potential patterns of misuse in patients.

Preventing prescription drug misuse is not only the responsibility of medical professionals, but also of the patient themselves. Patients should be encouraged to take responsibility for their medication, and to take steps to ensure their safety. Patients should ensure they are following the directions on the label, or the instructions provided by their doctor or pharmacist, and be aware of potential interactions with other drugs and substances like alcohol. It’s also important that patients don’t change doses without consulting a medical professional and to ensure all medication is in date and stored correctly.

Prescription drug manufacturers have an important part to play in developing new and safer formulations of medications. New medications would be designed to deter misuse and discourage people from injecting or snorting them. Formations such as physical or chemical barriers which prevent drugs being crushed or dissolved, substances which have unpleasant side effects if used incorrectly and delivery systems which release drugs slowly into the body are some examples of ways drug companies can make medication safer for patients.

This site uses Akismet to reduce spam. Learn how your comment data is processed.